The first eclipse of the year 2022 approaches 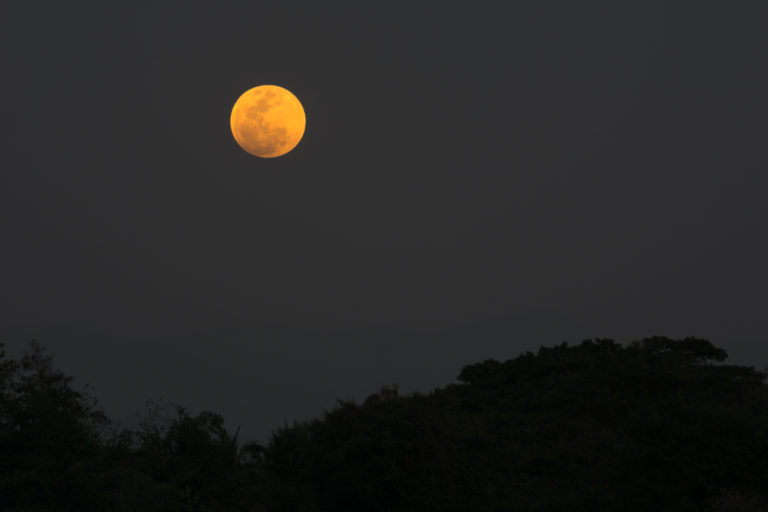 THE FIRST ECLIPSE SEASON OF THE YEAR APPROACHES

There are two eclipse seasons each year, each separated by about six months.  Sometimes there can be three eclipses in a season, but more often only two, as is the case with both seasons this year.  This year features two extremely central Lunar Eclipses, and two very minor Solar Eclipses.  We will explore the upcoming Solar and Lunar eclipses of April 30 and May 15th.

This is a North Node eclipse, occurring a good 12 degrees away from the North Node, which is at 22Taurus28.  Total Solar and Lunar eclipses can only occur when the syzygy (when a New or Full Moon aligns with the Nodes) is much closer to the Lunar Nodes.

Any Solar eclipse, always being a New Moon, can be seen as a super New Moon, with a greater amplification than any other New Moon.  Whilst there are numerous opinions among astrologers concerning how long before or after a Solar Eclipse is worthy of consideration, I feel that it is, at the very least, a seed point for at least six months, possibly quite longer.  As a North Node eclipse, there is a greater emphasis on a future orientation.  All eclipses will include the importance of addressing any personal or collective “shadow”, however this eclipse New Moon serves as a great portal for intending a future.  I always suggest working with the shadow before the partial phase and then seeding and intending the future starting with the exact point of New Moon.

Make sure to see if you have anything on your chart within the range of 5-28 degrees Taurus or Scorpio, as this will have relevance to you.  Relative to world events, I find it interesting that Biden’s Mars, Mercury, Sun and Venus are in this zone.  Putin’s Jupiter is 19Taurus and Venus at 11 Scorpio.  A study of the synastry between these two can provide interesting insights as to why their antipathy towards each other is quite personal.  All the eclipses in 2022 connect with their charts.

This is the longest Total eclipse in some time, as it is a bit more central than another long one later in the year.  It is rated as 1.413, almost 50% more than is required to create totality.  This is part of Lunar Saros 131.  The series of 72 began in 1427 and extends until 2707 with a total of 72 eclipses.  The previous one was May 4, 2004 at 14Scorpio42.  Totality can be experienced over half of the Eastern part of the United States, most of Mexico, and all of Central and South America, as well as Antarctica.  Much larger areas of the Earth will experience the partial phases.  The length of the entire eclipse process is 5 hours and 25 minutes, with up to an hour and 19 minutes of totality.  For example, in Washington DC, totality will last one hour and 24 minutes in the middle of the night.

This Full Moon has been recently termed a Super Moon and even as a “Blood Moon” eclipse, as it’s occurring quite near the Moon’s perigee (closest approach to Earth) placement in its orbit.  Our school has always used the term “Super Moon” in a different way, referring to any New Moon or Full Moon with an eclipse.  The “Blood Moon”expression is quite recent, borrowed from some biblical speculations, and the fact that a Lunar eclipse is often tinged orange, not actually red.  This is not always true.  We shall see what happens this time.  At any rate, I think the term is a rather sensationalized one.

This is a South Node eclipse, with the Moon less than 3 degrees from the node.  I have always felt that the total Lunar Eclipses carry more potential shadow that the Solar ones.  This is amplified by this South Node placement.  I suggest the great importance of deep inquiry and honesty about personal collective shadow.  This is always great to do with an intentional group, and particularly during the hours leading up to totality.  During the over one hour of totality, in many locations (and during the partial phase elsewhere),that time can be ceremonialized as a portal for deep meditation for receiving transmissions and insights.  As the Moon returns to Fullness, use that time for intention, to share insights, and then to celebrate the return to fullness.  I have always found it fascinating that within the entire Total Lunar Eclipse process, which in this case is over 5 hours, the entire Lunar cycle can be observed and experienced, from Full, waning to New, and then waxing back to fullness.

Looking Forward to the Next Eclipse Season of 2022

The second eclipse season of 2022 is October 25th until November 8th.  There are again two eclipses, with a quite similar pattern to this upcoming one, but with reversed nodal positions.  It begins with a South Node Partial Solar Eclipse on October 25th at 2Scorpio00.  This is somewhat closer to fullness at 0.862 of totality.  It will be visible across Europe, the Middle East and Northern Africa.  Followed two weeks later, at the Full Moon, is a long Total Lunar Eclipse near the North Node of 16Taurus01.  Almost identical in duration as in May, the Moon is covered 1.359 by the Earth’s shadow.  The result is totality lasting as long as one hour and 24 minutes, including Hawaii and West Coast cities.  Totality stretches across the Western United States, Hawaii and the Pacific, New Zealand, Japan, and Eastern Russia.  It pretty much covers the opposite parts of the globe missed by the eclipse of May 15th.

The exploration of the Taurus/Scorpio axis is the primary focus, both shadow and light.

No comments to show.